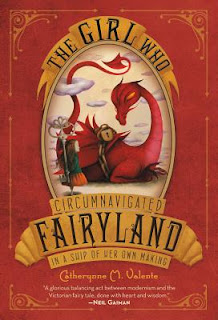 The Girl Who Circumnavigated Fairyland in a Ship of Her Own Making by Catherynne M. Valente, illustrations by Ana Juan (Square Fish, $7.99)