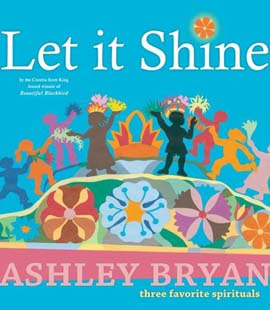 Whether it's a toddler banging a spoon on an upturned metal pot, a symphony playing Mozart, a guy on the street playing harmonica for change, music provides the universal words of survival, hope, sometimes even inspiration and comfort and the possibility of joy. The following choices speak not only to the power of creating music but to honor the message of Playing for Change and the music that is inside all of us.

Let It Shine by Ashley Bryan (Altheneum Books, $16.99)
The words to three favorite spirituals are written out amid vibrant colors.

All Together Singing in the Kitchen by Nerissa and Katryna Nields
(Roost Books, $22.95)
This book celebrates family music making in all shapes and forms.

33 Revolutions per Minute by Dorian Lynskey (Harper Collins, $19.99)
Protest songs have seen us through the lowest and highest times in history, providing strength, encouragement and empowerment.

Neighborhood Sing-Along by Nina Crews (Greenwillow Books, $17.99)
This is a collection of playground songs adding musical elements to the dance of play.

Bob Dylan: Forever Young, edited by Robert Sullivan (LIFE, $17.99)
From Robert Zimmerman to Bob Dylan and beyond, Dylan accompanied many through a lifetime as so many of his songs became part of our world's history.

Perhaps we all might add a tune as we walk, pause to enjoy the street musicians, and stop once in a while to really listen and celebrate or even come into the store and sing along to the music waiting inside our books.

Erica’s Five Hardcovers I Would Buy (If I Bought Hardcovers)

Just like there are cat people and dog people, there are paperback people and hardcover people. I could go on and on and enumerate the many ways in which these two species differ from one another but suffice it to say hardcover people smell. That is all ye know on earth, and all ye need to know. 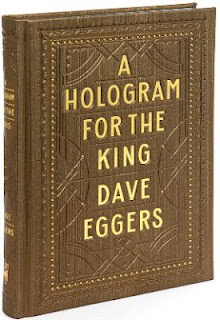 A Hologram for the King by Dave Eggers (McSweeney’s, $25.00)
I’ve never actually read any Eggers, and he’s got enough highly regarded fiction and non-fiction in print that there’s absolutely no excuse for my lackadaisical interest in his oeuvre. I am a fan of his brainchild McSweeney’s however, as a press, a literary magazine, and an internet tendency. Plus, this guy is a master of packaging, as the cover of his latest novel will attest. Frankly, that’s enough to sell me.

Release Date: September 4
NW by Zadie Smith (Penguin, $26.95)
I’m not sure if I’m calling Smith’s latest novel “NW” or “Northwest” in reference to the London neighborhood where her four protagonists live. I do know that ever since White Teeth, I’ve been eager for Smith to get back to London in way that she hasn’t quite since her astonishing debut. Maybe NW is the return trip I’ve been waiting for.

Release Date: September 11
This is How You Lose Her by Junot Diaz (Riverhead, $26.95)
Curious to see what Diaz’s second short story collection, and follow up to the Pulitzer Prize winning Oscar Wao, will look like. You will perhaps recall that the eponymous title character of Wao was haunted by a fuku, or curse. Hopefully Diaz has not succumbed to the fuku of the Pulitzer Prize winner by giving us a follow up that pales in comparison to the award-winning work.

Release Date: September 11
Telegraph Avenue by Michael Chabon (Harper Collins, $27.99)
I couldn’t really get into Chabon’s last novel The Yiddish Policeman’s Union. Maybe it’s because I know nothing about being a policeman, or speaking Yiddish for that matter. Telegraph Ave hits a little closer to home with its tale of Brokeland Records, an indie operation selling soon-to-be-obsolete-product staffed by quirky, often off-putting mouth-breathers who are the hallmark of an independent retail shopping experience. I know a little something about that.

Release Date: TODAY
Casual Vacancy by J.K. Rowling (Little Brown, $35.00)
So as Harry Potter fans aren’t we all, like, obligated to check this out? I should warn you there are no boy wizards in sight. Instead Rowling has given us a murder mystery set in a charming English hamlet full of secrets. I’m getting a definite Peyton Place vibe here, but that’s not going to stop me from referring to this book as Murder in Little Whinging. 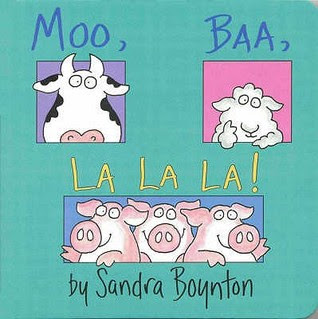 Moo, Baa, La La La by Sandra Boynton (Simon & Schuster, $5.99)
OK, this one literally makes Micah go "Moo!" He has loved it since he was a baby. Now we say the rhymes, he provides animal noises. We all have it memorized. Fun!

Machines at Work by Byron Barton (HarperCollins, $7.99)
Micah loves trucks. His feminist mothers love that some of the truck drivers are clearly female. This book is almost as mesmerizing as an actual construction site. I predict that he will own many Byron Barton books before he outgrows his fascination with all things vehicular.

Where Is the Green Sheep? by Mem Fox, illustrations by Judy Horacek (Houghton Mifflin Harcourt, $6.99)
This one is new to us. The rhymes are catchy, the pictures are lots of fun. I predict that we will memorize it without getting bored. This is high praise!

Everywhere Babies by Susan Meyers, pictures by Marla Frazee (Houghton Mifflin Harcourt, $6.95)
Most of the babies depicted are younger than Micah, but he loves looking at pictures of babies. The text is sweet, the pictures full of subtle messages about diverse families. The grownups in our house invariably become sentimental while reading the last pages. 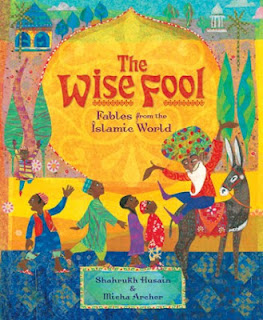 September is the time to reminisce about the golden, sultry summer hours: ice cream, sun lotion, listening to the serenades of cicadas, walking barefoot on the beach...

Let's have one more summer moment and "Kick off your shoes and go Barefoot".

Barefoot Books celebrate art and story and touch the hearts and minds of children and adults. Be enchanted by the fables from the Islamic world, delve into the wisdom and compassion of Buddhist teaching through stories from India, China, Japan and Tibet. Find solace in the beautiful rendition of an age-old Hindu tale and follow the story Solomon told in Jerusalem:

The Story of Divaali, retold by Jatinder Verma (Barefoot Books, $16.99)

Can't let go of summer? Here are five coming of age books that all take place during the course of a life-altering summer. 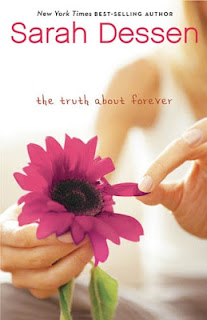 The Truth About Forever by Sarah Dessen
(Speak, $9.99)