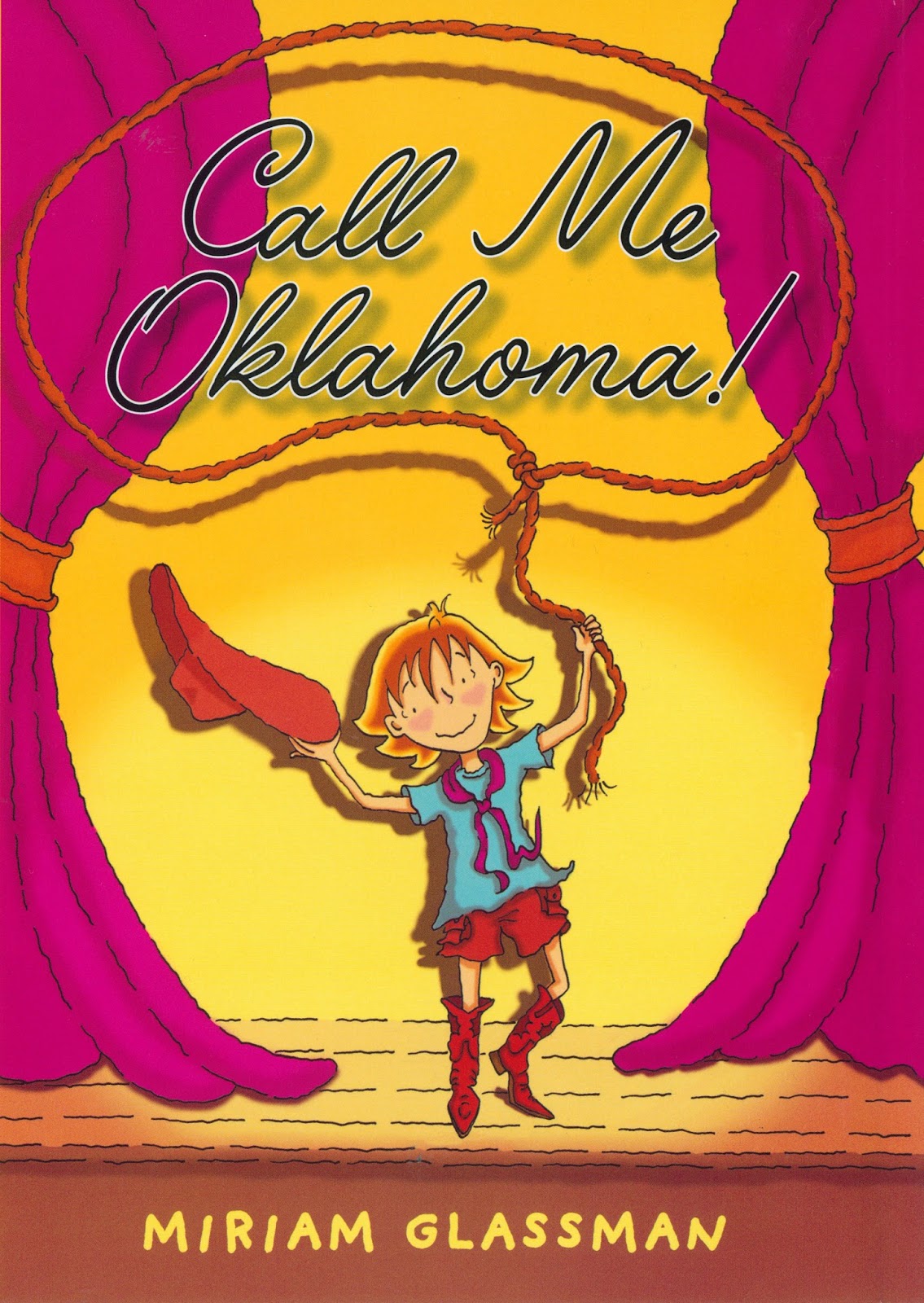 Hi Miriam!
Your book Call Me Oklahoma! was my daughter’s favorite book of the summer. Here's a brief synopsis:
"From now on, call me Oklahoma!" nine-year-old Paige Turner announces on the first day of fourth grade. She is determined that this year she will be different: someone gutsy—brave enough to stand up to her tormentor, class bully Viveca Frye. It takes a lot of work for Paige to bring out her inner Oklahoma, but she's helped along the way by her best friend, her sympathetic teacher, her bratty cousin, and some hilarious but inspiring events at home and at school.
Paige does manage to overcome most of her fears, and in the process she learns that a true friend offers all the courage she needs.
First, let’s talk names. My daughter’s name Lily is in this book. And my name, Cordelia, is also in this book. And Paige’s whole idea is that she will be a braver person if she has a name like Oklahoma as opposed to Paige. Is this concept what first brought on the idea for the story? Was she ever going to be named a different state besides Oklahoma or was it always Oklahoma? Did you ever wish you could change your name when you were a kid?

I’m so delighted that your daughter enjoyed Call Me Oklahoma! And how great to meet an actual Cordelia! As you know, it’s Cordelia who inspires Paige to reinvent herself. I love the name, and it seemed fitting for the bouncy, dynamic cousin in my book.

But why Oklahoma? Well, the seed of the story came from my younger daughter who came home from camp one day and mentioned a girl named, Oklahoma. I said, “Wait a minute. You have a friend named, Oklahoma?” And my daughter said, “Well, that’s not her real name. It’s just what she asked people to call her.” That got me thinking: Why would a person ever choose the name, Oklahoma? And would having a feisty name like that change one’s self-perception? That’s when Paige Turner stepped into my life. I wanted to write about a kid who feels the power of names, and who tries to embody the spirit of her new name and become more courageous. I never thought about Paige taking on any other name. Oklahoma is not only fun to say, but in this book, also has associations with the musical, which is about the Oklahoma territory becoming a state--another story of change and promise. It seemed logical to me that Paige would be moved by the optimism of the title song and the spirited characters. And in her choice of such a unique name, she signals that she’s already begun connecting with her inner Oklahoma.

As for my own name, yes, absolutely, I wanted to change it. Growing up in the 60’s and 70’s, my friends all had fun, high-energy names: Amy! Debbie! Lisa! Donna! Karen! Vicki! And then there was...Miriam. It felt like a heavy, wool coat I had to wear all year round, and I dearly wished my name was Julie. Incidentally, the editor on this book is named, Julie. I’d also like to add that I’ve since made peace with my name.

Your illustrations are terrific. Did you submit the story with them or add them
later? How does your writing process compare to your drawing process? Is one more energizing than the other? More frustrating?

I had a lot of trepidation about sending illustrations with the story. Although my agent wanted to include my sketches with the manuscript, I made her promise she wouldn’t unless the story was accepted. I hadn’t illustrated professionally for years, and had galloping insecurities about my drawings. I got a little zing of courage, however, when the story was accepted; so the sketches were sent to Holiday House. I figured by then, it couldn’t hurt. Turned out, the editor felt the spot illustrations made the piece stronger. That really surprised me and the lesson I took away from that experience is, don’t hold back anything that enriches or energizes a piece for you.

I enjoy both writing and illustrating, but writing is often more frustrating. It’s much
harder for me to get narrative and characters down on paper than it is to realize my ideas for drawings. That said, I went through pads of tracing paper till I was happy with the way the characters looked. I’m sure that was partly due to being so out of practice. Also, because I draw in a cartoon style, each line has to feel just right to me. The size of a dot for an eye or the slant in the line of a mouth radically affects the look and feel of a character.

I love the final paragraph of the book. And the idea that we all have so many
possibilities inside of us and we don’t just have to be this one way or one thing. I like how you encourage self-exploration in the book and I am glad that Paige’s parents do too. Is this something that grew out of your own experience as a parent? As a kid? Or was it just the logical way to take Paige’s story?

The idea of reinventing oneself and the struggle to be one’s true self has long been a theme I’ve been interested in, both as an individual and as a parent. I’m fascinated by how we define ourselves, and the courage it takes to redefine ourselves as we grow and change.

Viveca Frye is a strong antagonist and a multi-dimensional one. Did you do any free writing from her perspective?

I didn’t do any free-writing for Viveca, but she emerged more fully in revision. I wanted her to be more of a power player than textbook bully. We’ve all known kids who are both admired and feared and who lean into their insecurities rather than their strengths. Towards the end of the story, however, Paige encourages Viveca to nurture one of strengths, which is her artistic talent. And in embracing it rather than dismissing it, there’s a suggestion that Viveca is on her way to discovering one her many possible selves.

Is there anything else you would like readers to know about this book?

This was my kitchen sink book in the sense that a lot of the material came from scraps of my life, both past and present: my daughter’s old clogs, the “magic” rubber light bulb, her familiarity with personal jinxes, the cottage cheese monster game I played with my brother, and the pets in the talent show. It was like cleaning out a closet and discovering all this good stuff I could use to build Paige’s world.

What are you working on now? Any chance of a sequel for Paige?

I am currently working on a middle-grade novel about kids at an overnight camp. And yes, I’d like to follow Paige through fourth grade, maybe focus on the run-up to the winter holidays. So, chances are the title won’t be, Call Me Cincinnati!

And now for our “3 for 3” book-related questions:

What were 3 of your favorite books as a child/teen?

1. The Lonely Doll by Dare Wright. I truly felt pulled inside this story, and think it
was my first experience of a book as another world I could inhabit just by turning
the pages.

2. Harriet the Spy by Louise Fitzhugh. This book totally spoke to me. I admired and greatly envied Harriet’s brash honesty.

3. Agatha Christie mysteries. These books did a spectacular job of blocking out a lot of middle school for me!

What 3 books have you read recently that surprised you?

Hard to think of a book that surprised me, but recent books that have stayed with me include: Life After Life by Kate Atkinson, P.S. Be Eleven, by Rita Williams-Garcia, and A Constellation of Vital Phenomena by Anthony Marra.

What 3 books influence/d your writing?

1. A Girl Called Al by Constance C. Greene. The economy of dialogue and sharp observations taught me a lot about writing humor.

2. Jennifer, Hecate, Macbeth, William McKinley, and Me, Elizabeth, by E.L.
Konigsburg. The voice and characters in this book have stayed with me since
I first read it in fifth grade, and Konigsburg’s intelligent, funny stories remain
models I turn to.

3. Birds of America by Lorrie Moore. I love these exquisite short stories, especially for their invigorating blend of anguish and humor. 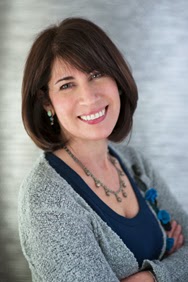 Miriam Glassman is the author/illustrator of CALL ME OKLAHOMA! (Holiday House, 2013), recently selected as one of the New York Public Library’s list of top children’s books for 2013. She is also the author of BOX TOP DREAMS (Delacorte), and a picture book, HALLOWEENA (Atheneum), illustrated by Victoria Roberts.
Miriam has a master’s degree in teaching from Simmons College, and an MFA in Writing for Children and Young Adults from Vermont College of Fine Arts. She has worked in children’s book publishing, as a library assistant, a children’s book reviewer for Publisher’s Weekly and as an illustrator for the educational market. Miriam has two grown daughters and lives with her husband in Massachusetts.
Thanks for reading!!! If you're local to the area, please let the bookstore know if you would like to place a special order for Call Me Oklahoma!  You can email orders to orders [at] bigbluemarblebooks [dot] com, call (215) 844-1870, or come see us at 551 Carpenter Lane, in the Mt. Airy neighborhood of Philadelphia.
Upcoming interviews: In the middle of February, look for Jen's interview with Judy Schachner, author/illustrator of Bits & Pieces and the Skippyjon Jones series.  At the end of the month, check back for Cordelia's interview with the talented Bonny Becker, author of the Bear series and the Ms. Plum books!
Posted by Cordelia Jensen at 9:01 AM

Great interview! I love this book and learned a lot about Ms Glassman's process, her flesh and blood characters, and her delightful illustrations. Thank you!