Nif's Recent Reads: Five Titles That Bear Absolutely No Relation to One Another Except That Nif Just Read Them, Plus Two Books That Nif Wants To Finish If She Ever Gets Time 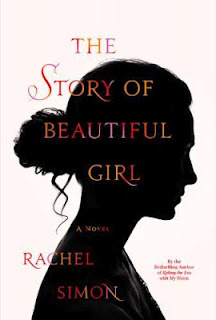 Story of Beautiful Girl by Rachel Simon (Little, Brown, $24.99)
I picked it up because Rachel Simon and I both went to Bryn Mawr (at different times) and I was intrigued because it featured an interracial couple with disabilities. Moving and heartwarming.

Bitterblue by Kristin Cashore (Penguin, $19.99)
I was excited to see a true sequel to Graceling, and it was very satisfying. Now I have to go back and read the companion novel, Fire. This series is sure to please fellow fans of young adult fantasy.

Extra Virginity by Tom Mueller (Norton, $25.95)
All about the corruption of the olive oil industry. The book made me eye the bottle on the shelf next to my stove with sad suspicion. Then I went out and bought a bottle of something much fresher and more tasty. Good food = good health!

The Fault In Our Stars by John Green (Penguin, $17.99)
Disclaimer: I am one of John Green's legion of YouTube fans. That said, of all the books I have read this year, this is the one I am most glad to have read. It's going to stay with me for a long time.
Hazel and Augustus are snarky nerds who meet at a support group for teens with cancer and fall in love. Incredibly life-affirming, and much funnier than you would expect. Sad too, of course, but deeply satisfying.

Wonder by R.J. Palacio (Random House, $15.99)
A boy with serious facial deformities leaves homeschooling for middle school. Brave kid. I really liked how the point of view shifted from the kid himself to the various people in his life. His presence was a test of character for the whole community. My coworker found me dissolved in tears at the end (in a good way). Lovely.

Two more books that Nif wants to finish if she ever gets time:

Quiet: The Power of Introverts in a World That Can't Stop Talking by Susan Cain (Random House, $26.00)
Wow, the descriptions of the extroverts at the beginning frightened me. I'll pick up again when I've calmed down. Preferably when I can read it in a quiet room all by myself.

The Better Angels of Our Nature: Why Violence Has Declined by Steven Pinker (Viking, $40.00; paperback coming in September!)
I picked it up because I had just re-read The Language Instinct. (You know it's good when you keep your assigned reading from college and re-read it several times over the next 20 years.)
The argument is that humanity has been becoming less violent over time. I found the examples of just how violent and uncouth we as humans used to be both disgusting and compelling. Did you know that medieval etiquette manuals FOR ADULTS instructed folks not to blow their noses on the tablecloth or pee on the curtains? I believe Steven Pinker when he says that we've improved!
The text is dense, leavened slightly by lots of charts and graphs, which is why I put it down. But I do want to see it through to the end.