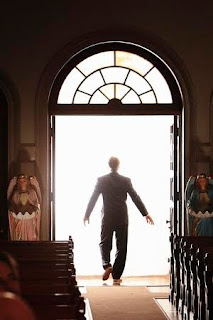 This Week's Horoscope Would Like to Know More about the Dharma Initiative (But who wouldn't?) by Jane Cassady

(Please note: Your fake horoscope-ist is still misty from the Lost finale. I may be indulging my morbid side a little. Except when I'm talking about water ice or baby sloths or something.)


Gemini: They (the neuroscientists) say that when our friends aren't around, we run algorithms of them in our heads. You ask yourself “What would so-and-so do?” and your brain uses all of the information it has on the person to give you an answer. If you don't see that person anymore, that person becomes less and less him/herself and more just the version of him or her you've created. I guess that's why we should look each other in the face.


Cancer: On the Lost finale, we learned that the castaways had created a purgatory/meeting place so that they could celebrate and comfort each other at the time of death. Who would you contrive to meet in that fabricated Los Angeles? Who'd be there waiting for your uncrashed plane? Whose not-letting-gos complement yours? What is your real life?


Leo: Maybe you didn't know this, but it's Leo Appreciation Week (except for my brother's ex-girlfriend). To celebrate I completely ignored the Categorical Imperative and picked you a delphinium out of the public garden by the Rittenhouse overpass. The stalk bent and twisted, it wasn't a clean break, but I got the flower. It's sitting like a blue mirage in a green glass pitcher. I would ignore any number of philosophers for you.


Virgo: While I was moping around after the Lost finale, I took comfort in an old Radiolab podcast: http://www.wnyc.org/shows/radiolab/episodes/2009/09/18 . It contains 11 meditations on the moment of death. One story suggested that groups have their own souls, their own afterlives. Call on the spirit of your elementary school play, your first venue, your old castaways: they're floating there waiting.


Libra: Your power animal is the little girl doing affirmations in that viral video. You've mastered the art of self-esteem, and your hair is magnificent. Teach workshops for this. Round up your most milquetoast friends, hand out backbone-shaped pencils for souvenirs. They'll be free of their daily mirror-mutterings.


Scorpio: I was recently reunited with a Scorpio friend I hadn't seen in about 12 years. It amazed me that we were so easily still friends, even though we didn't really even know what each other's jobs were. It may have been the cumin-magical uniting powers of Indian food. Go out for some samosas with someone you'd like to remember, and already do.


Sagittarius: All of the gifts at your wedding were/will be handmade. Your children or manuscripts have such perfect smiles, sitting there eating grapes like gurus. The long table you inherited is perfect for someone with so many friends. A beautiful tree sculpted from corn husks sits in the middle of the table, I want to ask if it's a self portrait.


Capricorn: Let's make up a future for Walt, the most mourned loose end of the Byzantine Lost arcana. He wasn't the Smoke Monster/First when he appeared that time. He's somewhere painting comic books that come true. No,wait, that's Heroes. Adult Walt will be an artist with a showplace apartment, skyline views from floor to ceiling. His beautiful partner is always the one to turn out the light, bring tea. Walt is special, he makes things happen. He's alright.


Aquarius: Thank you so much for posting that video of the baby sloths at the sloth orphanage: http://www.boingboing.net/2010/05/19/baby-sloths-in-sloth.html. Whenever I need to practice stillness, I look into their half-open eyes, watch them sit like Buddhas on rattan chairs and hang by their toes from baby-sized rails. I get my gurus wherever I can.


Pisces: To paraphrase Elizabeth Bishop, the art of hoarding isn't hard to master. Last week I read a book I really loved and now I have reader's block. There're lots of reasons to move to a quieter place, but I'm too attatched to the current apartment. I loved last year's Christmas tree so much that I have a framed photo of it next to my writing chair. I'm not quite in call-Niecy-Nash territory, but I guess letting go would be an okay thing to try.

Aries: Welcome to the summer of you. Rita's named a water ice after you.The ice cream trucks are playing the first song you fell in love to. The car radio made you a mix tape. The So You Think You Can Dance-ers dedicate their leaps to your cat. The water is displaying its fish for you, the sand is arranging itself to the sound of your footprints.


Taurus: Nobody let you see the script. There's no alternate ending. You never imagined yourself in this situation. There's no fortune cookie for it, no WTF tarot card spread, no break-glass-in-case-of, no grocery-aisle devotional candle. No matter. You have to leave those things burning for like a week, and then what could you think about but the burning?
Posted by Maleka at 3:08 PM