All of these are beautifully imagined worlds with compelling characters that will leave you reaching for the next book...and the next...and the next. Smart escapism, perfect for beach and hammock reading. 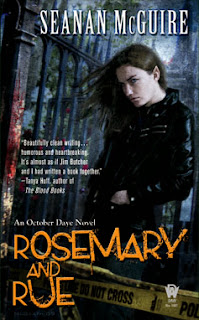 Laurie King’s Russell and Holmes series: series starts with The Beekeeper’s Apprentice (St. Martin’s, $16.00)
Sherlock Holmes meets his match in a fifteen-year-old half-American Jewish theologian named Mary Russell; their adventures in the service of the crown take them across the UK and around the globe.

Colin Cotterill’s Dr. Siri books: Series starts with The Coroner’s Lunch (Soho, $15.95)
It’s 1978 and Dr. Siri Paiboum has seen Laos through its Communist revolution and
would like nothing more than to retire, but his country still needs his services in the
autopsy room.

Joan Aiken’s Wolves Chronicles: series starts with The Wolves of Willoughby Chase (Random House, $5.99 US edition or approx. $11 UK edition)
Interlocking stories following an group of children related by friendship and family ties as their journeys take them far afield from their homes and affect the grand arch of a richly imagined alternate 18th century.

Megan Whalen Turner’s Queen’s Thief series: series begins with The Thief (HarperCollins, $6.99)
Eugenides is one of the most compelling characters out there, a thief who converses with the gods of the Mediterranean world of city-states and high court drama. 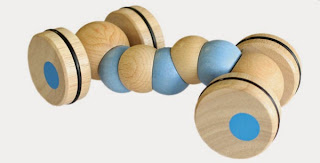 Earthworm Racers by Begin Again ($12.99)
This earthworm is my all time favorite toddler toy. Made from solid wood, it stretches rolls, twists, and, with a bit of manipulation can be used to massage an aching muscle.

Stars at Night Lightweights by Djeco ($7.99)
Brighten any room or party with this set of beautifully designed paper stars. Djeco makes sets of several varieties including dragons, fish and cats.

One Gorilla by Anthony Browne (Candlewick Press, $16.99)
On each page of this over-sized book for toddlers is a vibrantly illustrated drawing of primates complete with various very realistic facial expressions. 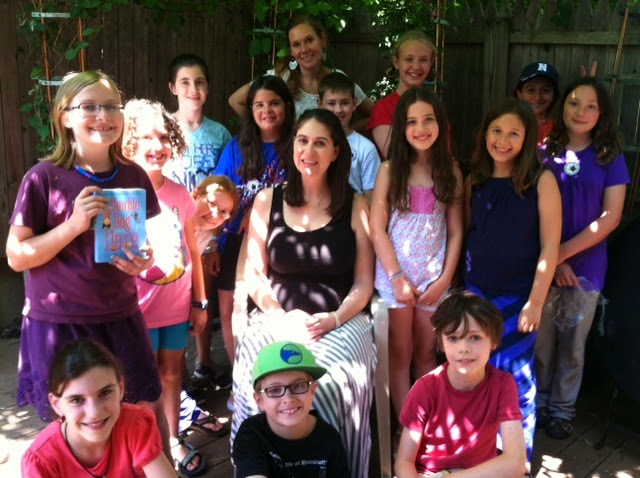 During the last week of June, the bookstore hosted Story Corners Camp for Young Writers. Led by writer Cordelia Jensen, and intern Sarah Alden, the kids worked on creating Mt. Airy Musers, the new Kids Lit Journal for the neighborhood, worked on their own writing craft and had the chance to visit with two local authors. Lisa Graff, author of many books including Absolutely Almost and A Tangle of Knots, visited with us on Tuesday, June 24th. Lisa played a really fun game of Book Truth or Dare with the kids. And students also got to ask her questions, some of which are answered below. Here is our interview with the talented Lisa Graff:

Q from Annie: How long does it take you to write a book?
It depends on the book. My longest book to write was Umbrella Summer, which took about three years. Absolutely Almost took the least amount of time of any book I’ve written so far—that one probably took about six months, from first draft to final revision. That’s very quick!
Q from Lucy: How many books have you written?
I’ve written seven middle-grade novels, and two young adult novels (I co-write my young-adult novels under the pen name Isla Neal. Those books are part of the Ever-Expanding Universe trilogy). In addition to that, I have another middle-grade novel, Lost in the Sun, coming out next year, as well as the last book in the trilogy of my YA series. I also have my very first picture book, It Is Not Time for Sleeping, coming out in 2016, and I’m working on new things all the time!
Q from Georgia: Why do you write kids’ books?
One of my favorite reasons to write children’s books is that children are really discerning about what they read. If they aren’t being forced to read a book for school, they’ll put it down as soon as it gets even the slightest bit boring. Adults don’t often do that. So I love that my books are held up to such a high standard—it keeps me on my toes as a writer.
Q from Sadie: How old were you when you started writing?
I started writing for fun when I was about eight years old. I didn’t really start writing seriously until I was twenty-one, when I moved to New York City to start graduate school for creative writing.
Q from Maggie: How do you pick the names for your characters?
Names come from all sorts of places. Sometimes I’ll name characters after someone I know, but usually the names are completely made up. I often get inspiration from baby name websites. I love trying to match names to characters—when I’ve found exactly the right name, the character’s personality seems to click perfectly into place.

Q from Mikaela: How much input do you get on your book covers?
Usually not much. For the most part, authors aren’t in charge of what goes on the covers of their books, which can seem unfair until you realize that the people at the publishing house who are in charge (designers, marketing teams) do that sort of thing for a living so they’re generally better at it than most authors would be.
Q from Julia: What’s the publishing process like?
It’s very complicated! But in a nutshell, if you are an author who has written a book, you first need to find an editor at a publishing house who wants to publish your book (often this step is accomplished with the help of an agent, but that’s a whole different story). After that, your editor will give you notes about big and small things you might change to make your story stronger. You may have to go through several rounds of this. Editing can take anywhere from a few months to over a year, depending on the book. When that stage is finished, the editor will do a line edit, which is a smaller edit, mostly looking at words you may have overused or that might be unclear. That can take anywhere from a few days to a month. Then the book goes to copyediting, where the magical person called the copyeditor checks all of your grammar and spelling and punctuation and checks for typos and continuity errors, and other things you and your editor may have missed in the billions of times you read the book (you’d be surprised what you can gloss over!). A book goes through several rounds of copyedits, although you the author may or may not see them all. Meanwhile, other people from the publishing house—designers, production people, publicists—get in on the action and start doing their various jobs, which include everything from making the book look pretty (both on the outside and the inside), and figuring out the logistics of turning an electronic document into a physical book (what sort of paper the book will be printed on, where it will be printed and how it will be shipped, etc.), to making sure booksellers have heard of the book before it comes out. It’s a lot of work! It typically takes a full year after a book has gone to copyediting for it to be officially published and available to the public.

Q from Liam: Why did you choose a character to have a peanut allergy in Double Dog Dare?
I have a brother with a peanut allergy, so it was something I knew a little bit about. Originally I just thought this would be an interesting character trait for Kansas’s little sister, but I later ended up turning it into a major plot point.

Q from Cordelia: The voice in Absolutely Almost is so strong; how did Albie first come to you? What did you know about him right away?
I’m not entirely sure where he came from—his was one of those voices that seemed to pop into my head from nowhere. He’s definitely not based on anyone in particular. Before I started writing, I really only knew that he wouldn’t be as smart as his peers, so his voice would sound very innocent at times, and that there would be several moments where the reader would understand a lot more than Albie did. It’s a challenge to write from the point of view of that sort of narrator, but it was a whole lot of fun too.
We had an awesome time with Lisa and thank her so much for visiting with us!
If you're local to the area, please let the bookstore know if you would like to order any of Lisa's books. You can email orders to orders [at] bigbluemarblebooks [dot] com, call (215) 844-1870, or come see us at 551 Carpenter Lane, in the Mt. Airy neighborhood of Philadelphia.
Posted by Cordelia Jensen at 9:00 AM No comments:

Jen’s Five Books (and More!) of Women in Flight

Talkin' About Bessie: The Story of Aviator Elizabeth Coleman by Nikki Grimes, illustrated by E.B. Lewis (Scholastic, $16.99)
Bessie Coleman was the first African American female pilot. This story of her dreams and her struggles to achieve them is told in the voices of the different people in her life, from family to flight instructor to news reporter to field hand.
(picture book)

Code Name Verity by Elizabeth Wein (Little, Brown, $9.99)
Powerful and intense story of two young women in WWII -- one a night pilot, the other a spy captured by the Germans, who weaves the history of their friendship into her elaborate and detailed confession. Some parts are devastating, while the overall tone is exuberant and full of astonishing humor and optimism.
(young adult)

Flygirl is an upcoming book for the bookstore’s YA book club!

Almost Astronauts: 13 Women Who Dared to Dream by Tanya Stone
(Candlewick, $17.99)
In 1961, 13 women, counted among the best pilots of their time, trained and tested to become astronauts. This is the story of their unsuccessful struggle to convince the government that their skills were more important than their sex -- and of the women who followed in their footsteps.
(picture book for older kids)

1) One excellent brand-new book about birds, from when I thought this was going to be a list of books about all kinds of flight. It’s awesome. Read it!

The Thing with Feathers: The Surprising Lives of Birds and What They Reveal About Being Human by Noah Strycker (Riverhead, $27.95)

2) Four books that I have not yet read, selected from a link that a friend posted online just as I was searching for a fifth title! (I chose the astronauts.) Check these out, and leave a comment letting us know what you think! 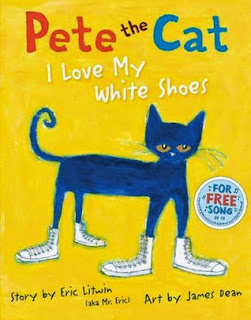 Pete the Cat: I Love My White Shoes by Eric Litwin and James Dean (HarperCollins, $16.99)
We even don't own this book (yet), but he was reciting it in a completely recognizable fashion. They must have read it to him in school.

Skippyjon Jones by Judy Schachner (Penguin, $17.99)
"Oh, I am Skippyjon Jones, and I bounce on my bed, And once or SIX times, I land on my head."
He's a cat. Who thinks he is a chihuahua. So much energy and silliness.

I'm a Frog! - an Elephant & Piggie book by Mo Willems (Disney Press, $8.99)
This one gets re-enacted from start to finish, as best as we can remember it. Pure gold.

Digger, Dozer, Dumper by Hope Vestergaard and David Slonim
(Random House, $15.99)
Poems about all kinds of trucks. Lots of fun to read aloud. I LOVE hearing my little one quote the verse about the cement mixer, "If he dawdles on the way, his slushy load will harden." 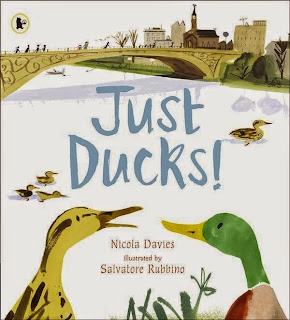