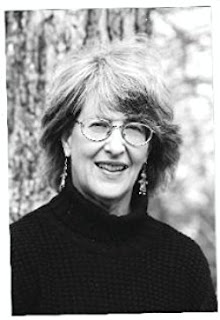 One of my happiest childhood memories is of the many hours I spent in the children’s reading room of the Free Library at Logan Square in Philadelphia, PA, where I grew up. Way back then, I thought there could be nothing more wonderful than to write a book someone would love as much as I loved my favorites. I still think so.

And I still love to visit libraries.

I began creating plays in second grade at James G. Blaine Elementary School.  That was my idea of “let’s pretend” — making up stories to be acted out, telling my friends where to stand, what to say, and when to say it.  I guess they enjoyed it as much as I did, because we rehearsed a lot and performed for our class and, eventually, the entire school.   My teachers were always encouraging, even those I lampooned mercilessly in my script for the senior class play, “My Fair Bear,” at Germantown High.  They let me graduate anyway.

My professional writing career began with the publication of poems in literary journals and stories, poems, and articles in children’s magazines, including Highlights for Children, Humpty Dumpty’s Magazine, and Weekly Reader.  The playwriting continued, too, with several plays in Plays Magazine.  My first book for young readers, SUMMER BEGINS, was published in 1980. Since then, I’ve written 25 more — YA novels, chapter books for middle schoolers, and picture books for the very young. 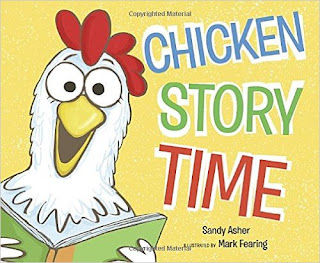 Why did the chicken cross the road? To get to story time at the library, of course!  The children like the chicken, the chicken likes the children, and everyone loves story time. So it’s no surprise that more children (and more chickens!) get in on the fun until there are more kids and critters than the librarian knows what to do with. Luckily, she comes up with a creative solution and manages to find little R & R for herself. 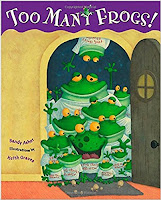 Rabbit lives alone. He cooks for himself, cleans up for himself, and at the end of the day, reads himself a story. It's a simple life, and he likes it. But one evening, Froggie shows up at his door. He wants to listen to Rabbit's story, too. While eating a snack-or three. While lounging on a pillow-or ten. And bringing over his family-dozens and dozens of frogs! Rabbit has finally had enough; Froggie will have to go! But when he sits down alone to read himself a story, Rabbit realizes something is missing: someone to listen; someone to share a wonderful story.