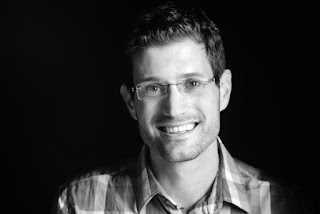 C. Alexander London (Alex) has written books for children, teens, even a few for grown-ups. He’s the author of The Wild Ones series, Dog Tags and Tides of War series, as well as the Accidental Adventures and two titles in The 39 Clues series for young readers.

His young adult debut, Proxy, was an American Library Association Top Ten Quick Pick for Reluctant Young Readers and included on their 2014 Best Fiction For Young Adults list. Proxy is a 2015 Texas Lone Star Reading List and TAYSHAS Reading List selection, a 2016 Intermediate Sequoyah Masterlist selection in Oklahoma, and has been on many state reading lists including Colorado, Arkansas, Missouri. The sequel, Guardian, is available now.

His books for adults include One Day The Soldiers Came: Voices of Children in War and National Jewish Book Award finalist Far From Zion.

Alex was born in Baltimore, Maryland and moved to New York to attend Columbia University. He graduated with a degree in philosophy and earned his Masters Degree in Library Science from Pratt Institute. 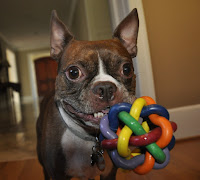 At one time a journalist reporting from conflict zones and refugee camps, he has recently moved from Brooklyn, NY, to Philadelphia, PA where he can be found wandering the streets talking to his dog, who is the real brains of the operation.


5 Fun Facts About Alex, From Alex

Syd’s life is not his own. As a proxy he must to pay for someone else's crimes. When his patron Knox crashes a car and kills someone, Syd is branded and sentenced to death. The boys realize the only way to beat the system is to save each other so they flee. The ensuing cross-country chase will uncover a secret society of rebels, test the boys' resolve, and shine a blinding light onto a world of those who owe and those who pay.
This fast-paced thrill ride of a novel is full of breakneck action, shocking twists and heart-hammering suspense that will have readers gasping until the very last page.

“Whipping Boy + Blade Runner with a sprinkling of The Hunger Games (plus, of course, a dash of A Tale of Two Cities) = a treat for teen SF fans.” —Kirkus Reviews

The Wild Ones
“Raccoon hero Kit and his ragtag community of creatures will sneak their way into your imagination and steal your heart. They may pick your pocket, too, but they’ll take you on an adventure you won’t soon forget. This is a fantasy that kids will adore (and quick-of-paw parents will steal). A wild ride from a wildly imaginative author.”–Katherine Applegate, Newbery Medal-winning author of The One and Only Ivan and the bestselling Animorphs series
Kit is a young raccoon who has lived his whole life under the Big Sky. But when a pack of hunting dogs destroy his home and kill his parents, Kit needs to escape.

He finds himself in Ankle Snap Alley, a city in the midst of a turf war between the Wild Ones and the people’s pets who call themselves The Flealess. There he uncovers the secret that they died for–an ancient truce that gives Ankle Snap Alley to the Wild Ones. But the Flealess will stop at nothing to keep that secret buried forever, and Kit is in serious danger. Only the brave of heart and quick of paw can save the Wild Ones now.

Perfect for fans of the Warriors, Spirit Animals, or Redwall series, this first book in the Wild Ones epic is sure capture young readers’ imaginations and take them on a great adventure.
Posted by Unknown at 8:29 PM