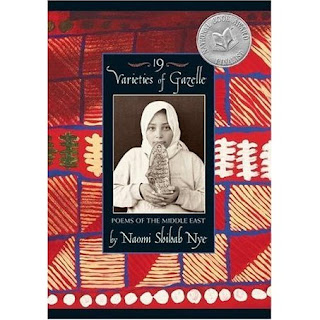 There was great turnout for our first Friday phone banking action today! Lots of people showed up (not all at the same time), made calls, cheered each other on, and helped each other through logistical phone difficulties. We argued against Steve Bannon, we argued against hateful rhetoric, we named our identities. In a lot of cases, we reached real people who said that indeed they have been receiving lots and lots of calls...

I asked those who came whether they'd like to recommend a book, and here is what they came up with, from inspiring to intense to comforting:

from Stacia:
The Last of the Just by André Schwarz-Bart
"Epic novel of the history of persecution of Jews, by a French author"

from Nora:
Phoebe and Her Unicorn by Dana Simpson
"Hilarious, great storyline"

from Blair Thornburgh:
The Watsons Go to Birmingham - 1963 by Christopher Paul Curtis
"It will make you laugh out loud and also weep -- in a very short span of pages."

from Agatha Andrews:
Soul of a Citizen: Living With Conviction in a Cynical Time by Paul Rogat Loeb
"This is a beautiful book about how to move from inaction to action as a citizen. Beautifully written, gentle, and inspiring!"

from Rahul Mehta:
Diving Makes the Water Deep by Zach Savich
"A beautiful, wise, brave book about how to live fiercely and fully -- and with radical hope -- during difficult times."

from Robert Bingham:
Start where You are: A Guide to Compassionate Living by Pema Chödrön
"This book is a gift that keeps giving. I have returned to it again and again during difficult times."

from a 12-year-old visitor:
Hamilton by Ron Chernow
"A look at the founding of the U.S. government and what it was like back then (before Trump was president 😞 )."

from Sonia Rosen:
The New Jim Crow: Mass Incarceration in the Age of Colorblindness by Michelle Alexander
From #BlackLivesMatter to Black Liberation by Keeanga-Yamahtta Taylor
"Reading both of these together is really useful. Together they do a good job tracking the relationship the Black community has with the criminal justice system and political institutions, and putting forth a vision for Black liberation."

from Ryan Lovett:
A Constellation of Vital Phenomena by Anthony Marra
"Historical fiction about Chechnya -- familiarize yourselves with the history of our coming Russian overlords."

from Sarah Napolitan:
Cosmicomics by Italo Calvino
"A whimsical journey through the universe, clever, personified, and distracting."

Come next week for another round of calls: same time (or maybe an hour off...check back), same place!