Poetry Is Not a Luxury - Ada Limon, "Bright Dead Things"


A finalist for both the National Book Award and the National Book Critics Circle Award, Bright Dead Things examines the dangerous thrill of living in a world you must leave one day and the search to find something that is “disorderly, and marvelous, and 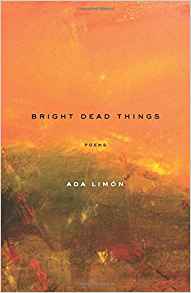 A book of bravado and introspection, of feminist swagger and harrowing loss, this fourth collection considers how we build our identities out of place and human contact—tracing in intimate detail the ways the speaker’s sense of self both shifts and perseveres as she moves from New York City to rural Kentucky, loses a dear parent, ages past the capriciousness of youth, and falls in love. Ada Limón has often been a poet who wears her heart on her sleeve, but in these extraordinary poems that heart becomes a “huge beating genius machine” striving to embrace and understand the fullness of the present moment. “I am beautiful. I am full of love. I am dying,” the poet writes. Building on the legacies of forebears such as Frank O’Hara, Sharon Olds, and Mark Doty, Limón’s work is consistently generous, accessible, and “effortlessly lyrical” (New York Times)—though every observed moment feels complexly thought, felt, and lived.


Ada Limón is the author of four books of poetry, including Bright Dead Things, which was named a finalist for the 2015 National Book Award in Poetry, a finalist 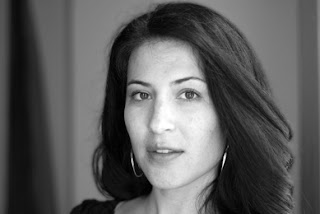 for the Kingsley Tufts Poetry Award, a finalist for the 2015 National Book Critics Circle Award, and one of the Top Ten Poetry Books of the Year by The New York Times. Her other books include Lucky Wreck, This Big Fake World, and Sharks in the Rivers. She serves on the faculty of Queens University of Charlotte Low Residency M.F.A program, and the 24Pearl Street online program for the Provincetown Fine Arts Work Center. She also works as a freelance writer splitting her time between Lexington, Kentucky and Sonoma, California.

Kenyon Review Online review by Lisa Higgs:
The needs and wants expressed by Limón in the four sections that make up her National Book Award nominated collection are anything but simple. She wants to retain her sense of self as she moves into the “we” of an abiding relationship. She wants life and death reworked into some spirit of “solve-able absence.” She wants the entirety of her physical past and its erasure. She wants to be her “own personal map of America,” love and wreck and all. Most importantly, Limón—a confessed autobiographical poet (see her 2014 interview at the online journal Compose)—wants readers to be intimately by her side, line after line. Reading this collection is like putting together each rung of a ladder that stretches toward the sky by sinking into its watery reflection.

Publishers Weekly review:
Limón goes into deep introspection mode in a fourth collection in which her speakers struggle with loss and alienation. As her poems move across varied geographies (New York, Kentucky, California), Limón narrates experiences in bewildering landscapes that should otherwise feel familiar. Perhaps feelings of alienation result from intersections of identity; perhaps they are the cost of memory, a theme woven through each of the collection’s four sections.

The Literary Review, review by Timothy Lindner
Every so often, I come across a poem that I share with everyone, even those not familiar with contemporary poetry.  “How to Triumph Like a Girl,” the opening poem in Ada Limón’s Bright Dead Things, is one of those poems.  Well, it was—until I read “State Bird,” and “Miracle Fish,” and just about every piece in this collection.  By the end of the first part I realized I might have been better off gifting the book to everyone for Christmas.  Content is typically the driving force for my mass poem-picture-text messages, but I wanted people to hear this voice.  It’s not one of a particular person, but of a consciousness.  It’s the voice people ignore in the in-between moments of life that races through sensations, emotions, memories and predictions.  Aptly fit into verse, all of these silenced flashes of human experience get their play time.

Bright Dead Things by Ada Limón is musical, emotional, and honest, its verse muscular and unflinching. Limón’s wears her heart on her sleeve, and in this collection that heart takes the form of a huge, pounding horse’s heart. In fact, images of horses and hearts, often together, appear multiple times in the collection, perhaps most notably in the opening poem, “How to Triumph Like a Girl:”

…………………….As if this bigdangerous animal is also a part of me,that somewhere inside the delicateskin of my body, there pumpsan 8-pound female horse heart,giant with power, heavy with blood.

The Northwest Review of Books, review by Stephanie Glazier
In Bright Dead Things, we read poems of present grief, of her as a young besotted woman, stories of domestic happiness, of failure in and gratitude for love: the poet seems a woman in the middle of her life, reckoning her desires, for belonging, for victory, for getting the dead back. Limón’s poems read as if written by the daughter of Mary Oliver and Wendell Berry—spiritually attuned and redolent with blood. Instead of the poems ending in any settled wisdom, there’s consistently an uplift at the end of her works: as if a breath in. Here in “The Wild Divine” is a teenaged couple sitting in a yard after sex, when the neighbor’s horse wanders over: “and I thought, this was what it was to be blessed— / to know a love that was beyond an owning, beyond / the body and its needs, but went straight from wild / thing to wild thing, approving of its wildness.”