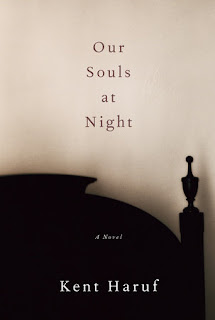 Our Souls at Night by Kent Haruf (Alfred A. Knopf, $24.00)
Haruf's writing is beautiful in its simplicity. As two older adults find comfort in each other's company, once again life's complexities intervene.

Leaving Time by Jodi Picoult (Ballantine Books, $16.00)
A grieving mother, leaving her daughter, spends the remainder of her life studying elephants and their response to loss.

The Life-Changing Magic of Tidying Up by Marie Kondo (Ten Speed Press, $16.99)
The one "clutter" book worth purchasing with uniquely specific tools to simplify your surroundings and your life.

What Pet Should I Get? by Dr. Seuss (Random House, $17.99)
Coming out on July 28th, Dr. Seuss' discovered story addresses the difficulty of having choices and the inevitability of ultimately having to choose.