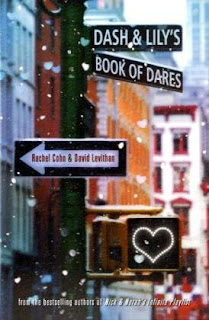 "We believe in the wrong things, I wrote, using the same pen Boomer had used on his arm. That's what frustrates me the most. Not the lack of belief, but the belief in the wrong things. You want meaning? Well, the meanings are out there. we're just so damn good at reading them wrong.

"I wanted to stop there. But I went on.

"It's not going to be explained to you in a prayer. And I'm not going to be able to explain it to you. Not just because I'm as ignorant and hopeful and selectively blind as the next guy, but because I don't think meaning is something that can be explained. You have to understand it on your own. It's like when you're learning to read. First, you learn the letters. Then, once you know what sounds the letters make, you use them to sound out words. You know that c-a-t leads to cat and d-o-g leads to dog. But then you have to make that extra leap, to understand that the word, the sound, the "cat" is connected to an actual cat, and that "dog" is connected to an actual dog. It's that leap, that understanding, that leads to meaning. And a lot of the time in life, we're still just sounding things out. We know the sentences and how to say them. We know the ideas and how to present them. We know the prayers and which words to say in what order. But that's only spelling.

"I don't mean this to sound hopeless. Because in the same way that a kid can realize what "cat" means, I think we can find the truths that live behind our words. I wish I could remember the moment when I was a kid and I discovered that the letters linked into words, and that the words linked to real things. What a revelation that must have been. We don't have the words for it, since we hadn't yet learned the words. It must have been astonishing, to be given the key to the kingdom and see it turn in our hands so easily."

This quote actually conflates learning to read with learning to talk, which makes the analogy a little inaccurate. However, while currently in the midst of the latter and heading for the former with my own child, I find the magic moment here still takes my breath away.
Posted by Jen at 9:00 AM