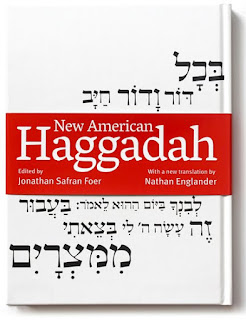 A Passover Haggadah by Elie Wiesel (Simon and Schuster, $16.99)

What am I? by Anne Margaret Lewis (Albert Whitman and Company, $9.99)

In the interest of those cleaning kitchen, house, car, garage, shower curtains, and long neglected closets, I am forgoing descriptive paragraphs.