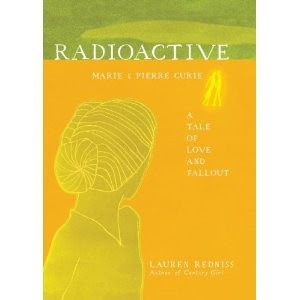 I have had it with words this month. Seriously, it’s too hot for them. I had a My Fair Lady moment the other day: “Never do I ever want to hear another word/ There isn’t one I haven’t heard.” As a result there are several authors I’d like to shake vigorously (I’m talkin’ to you Henry James, you elaborate comma-splicer)! So I give you five books where pictures are the gracious, graphic and anything but garrulous stars.

Ramayana: Divine Loophole by Sanjay Patel (Chronicle Books, $29.95)
Patel brings us a beautifully drawn and easy-to-digest version of the Ramayana, the epic legend of a blue-skinned prince which lies at the heart of Hindu mythology. His fanciful drawings remind me of Genndy Tarktakovsky’s mythic animated series Samurai Jack, with their heavy lines, sharp angles and flat two-dimensionality that makes them read almost like paper-cut artwork on the page.

Alice’s Adventures in Wonderland by Lewis Carroll, Illustrations by Camille Rose Garcia (Harper Collins, $16.99)
Garcia’s illustrated Alice is a spidery-lashed maiden with kohl-rimmed eyes who seems to exist at the visual crossroads where goth and rockabilly meet. Is she a troubled innocent at the mercy of the Queen of Hearts or a Grade A mischief maker whose pointy teeth indicate a vampiric nature? Garcia’s beautiful plates make you wonder.

Robot Dreams by Sara Varon (First Second, $16.99)
My latest book crush. There’s something undeniably tender about this graphic novel, completely devoid of speech bubbles and dialogue, that just gets me all choked up. Maybe it’s because it’s about an ill-fated friendship between two of my favorite kinds of “almost-people:” dogs and robots. Sometimes “almost-people” are even more human than real people, especially when they dream.

The Steampunk Bible by Jeff Vandermeer with S.J. Chambers (Abrams, $24.95)
Everything you always wanted to know about steampunk but were afraid to ask has been collected in this splendiloquent visual compendium which charts the influence of this fantastical genre in fashion, literature and art. A perfect read for those long, cross-country dirigible trips.

I wonder how I'd do on a cross-country dirigible trip? It would be so cool, but would I get too claustrophobic before it was over? How long it would take? I guess it might be like traveling on a cruise ship, which I have never done but think I would like.