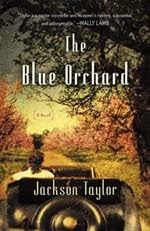 The Blue Orchard by Jackson Taylor

Jackson Taylor's novel The Blue Orchard is just an amazing book. It's destined to be a classic. Not only is it incredibly well written, it is a powerful story based on a true family secret. Taylor spent over ten years writing and researching this book, including compiling oral histories of his grandmother who helped perform illegal abortions before Roe vs. Wade. Jackson was part of my Writers in the Process Author series and he had the entire Big Blue Marble store in awe of his writing and the powerful story he tells. Every where you go in Mount Airy you see people reading this book! 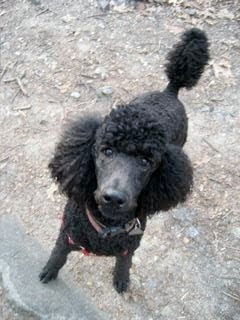 About Minter Krotzer: Minter Krotzer's writing has been published in Many Mountains Moving, the Saint Ann's Review, the Arkansas Review, Upstreet, Night Train, Before and After: Stories from New York (WW Norton 2002), Louisiana in Words (Pelican Press 2007), God Stories (Random House 2008), and the upcoming Norton anthology Hint Fiction. She has taught creative writing at International House and Teachers and Writers Collaborative in New York City and privately in Philadelphia. She has received writing fellowships from the New School, where she received an MFA, Bennington College, the Virginia Center for the Creative Arts, and the Squaw Valley Writers Conference. This summer she will be a Visiting Fellow at the Moulin à Nef in Auvillar, France.

Award-winning poet Hal Sirowitz, who moved to Mount Airy from New York City three years ago, will be teaching a poetry workshop with the accompaniment of his wife, Minter Krotzer. Hal and Minter moved to Philadelphia from New York City with the intent of teaching and sharing what they have learned from being part of the literary community in New York City for the past 30 years. In this workshop Hal and Minter will focus on poetry drawn from one’s life stories mostly in the forms of free verse and various poetic forms. Selected poetry texts will be read and discussed. There will be in class writing and optional sharing of work. The class will be supportive and encouraging, beginning poets are especially welcome. The workshops will be held on Sunday afternoons from 2-4pm from April 25th- June 27th (not including Mother’s Day and Father’s Day). The cost is $150 and this includes a reading materials fee and a private writing consultation.
Posted by Maleka at 4:12 PM