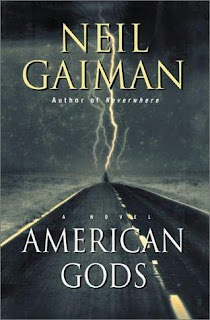 I don’t normally enjoy science fiction or fantasy, but I had heard so many good things about the author Neil Gaiman and had recently seen the movie Coraline, based on his children’s book of the same name. Immediately, American Gods hooked me with an interesting protagonist, Shadow, that makes you want to keep reading to learn more about him.

The question that runs through the story is part theology, part mystery and altogether thought-provoking; if gods are kept alive by their believers, what happens to them when people stop believing? Or what happens when people start worshipping money, television and technology instead?

Christine Knapp is the director of outreach for Citizens of Pennsylvania's Future (PennFuture).