Janet's Five Art Galleries Honoring the Before and After of Martin Luther King, Jr. 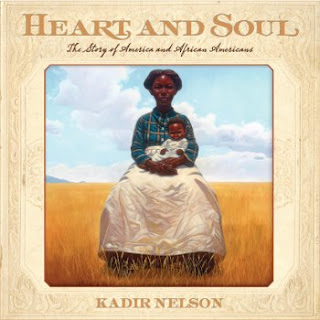 Kadir Nelson's artwork is a treasure worth viewing. The facial expressions of his subjects, the play of light on their faces, combined with factual, informative text, tell the story of the African American Journey in such a way that all the viewer's senses become involved.

Heart and Soul: The Story of America and African Americans by Kadir Nelson (HarperCollins, $19.99)

Change has Come: An Artist Celebrates Our American Spirit, the drawings of Kadir Nelson with the words of Barack Obama (Simon & Schuster, $12.99)

We Are The Ship: The Story of Negro League Baseball by Kadir Nelson (Hyperion, $16.99)