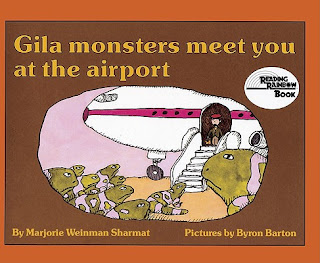 Picture Book:
Gila Monsters Meet You at the Airport by Marjorie Weinman Sharmat and Byron Barton (Alladin, $5.99)
A young boy is full of trepidation as he moves from New York City to Out West; however, he finds that two places that seem so different might have some things in common.

Early Reader:
Henry & Mudge and Annie's Good Move by Cynthia Rylant & Sucie Stevenson (Simon & Schuster, $3.99)
Henry is very excited that his cousin Annie is moving in next door; however, Annie is so nervous her skin has broken out in blotches! Henry figures out a way to help his cousin.

Chapter Book:
Because of Winn-Dixie by Kate DiCamillo (Candlewick, $6.99)
Opal Buloni has just moved to a small town in Florida. There, she finds friendship with a dog along with a myriad of quirky characters. This newfound community helps fill the hole she has in her heart from having lost her mother at a young age.

Middle Grade:
Every Soul A Star by Wendy Mass (Hachette Books, $6.99)
Bree's parents are taking Ally's parents’ job at Moon Shadow campground, and both girls are devastated about moving. Through friendship and a solar eclipse, they each find a new way to look at themselves and the process of moving.

Young Adult:
What Happened to Goodbye by Sarah Dessen (Viking, $19.99)
Every time McLean moves (which is a lot), she chooses to reinvent herself. But how will falling love and making true friendships in her newest town change her forever?