Here are some memoirs that can be fun to read in pairs. A number of them will be featured in my Life Stories book group in the next year (which meets the last Wednesday of the month at 7:15pm). 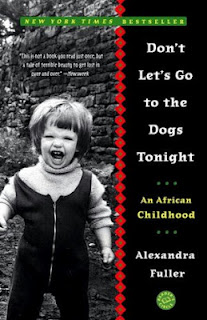 1) Alexandra Fuller's Don't Let's Go To The Dogs Tonight: An African Childhood (RH, $15.00) and Cocktail Hour Under the Tree of Forgetfulness (Penguin, $25.95)
The first was Fuller's debut memoir about growing up in Africa in an eccentric family. The book her mother still calls "that awful book." It's not awful, it's very good and shocking in many ways. How could anyone have had this kind of childhood? 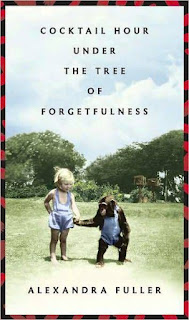 The second is a follow-up to her memoir, telling more of a story of her family's history and her parents life in Africa and their relationship.  The latest is written in a more mature voice, with confidence, and humor. Many stories are revealed here that are only hinted at in the first book.

2) Tobias Woolf's This Boy's Life (Grove Press, $15.95) and Geoffrey Woolf's The Duke of Deception (Vintage Books, $14.95)
The memoirs of two brothers, about their father, a notorious deceiver and con artist, and their childhoods (one raised by the mother and one by the father). It is fascinating to read them together, to see the difference in the childhoods of two brothers.

3) Edwidge Danticat's Brother, I'm Dying (Random House, $15.00) and Create Dangerously (Random House, $14.95)
Brother, I'm Dying is Danticat's first memoir about her father's death and her relationship with him, a story of an immigrant's family. It was nominated for the National Book Award and is beautifully written. Create Dangerously is her latest book, the One City One Book selection for Philadelphia in 2012. It's a combination of memoir and personal essays about artists who are exiled from their homelands and the importance creativity in their lives. It was a NY Times Notable Book of the Year.

4) Mira Bartok's The Memory Palace (Free Press, $15.00) and Nick Flynn's Another Bullshit Night in Suck City (W.W. Norton, $14.95)
Both of these memoirs are about homeless, ill parents, and both are told in unique, amazing ways! Bartok combines her mother's journal entries and her own drawings, weaves the story of finding her mother when she's dying after fleeing her most of her life. Flynn works at a homeless shelter in Boston and runs into his father there. It's a story of his own journey to sobriety and living a creative life as a writer. In both of these touching memoirs we see children attempting a relationship with the shattered lives of their parents, ending with redemption of their own.