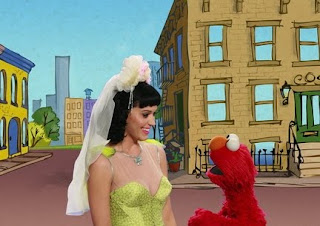 Libra (Sept. 24-Oct. 21): Happy Birthday Month, Libra! Make 100 wishes, fill them out on laminated cards, and read them like the Tarot to strangers.


Scorpio (Oct. 22-Nov. 22): Will Sally Draper actually get to go see the Beatles at Shea Stadium like her father promised, or will her ticket go to Don’s pretty new secretary? It’s really the only plot point that matters.


Sagittarius (Nov. 23-Dec. 22): Stand up to the sitcom bullies of your life, get back your lunch money, your heart, your publication credits; hold them like treasure in your fists, like weight.


Capricorn (Dec. 23-Jan. 20): Martin Seligman, founder of Positive Psychology, began his path to positivity by discovering that tortured dogs often do not take the chance to leap over a partition to freedom. This is called learned helplessness. Some of the dogs did leap, though. That’s you.


Aquarius (Jan. 21-Feb. 19): Katy Perry said that being on Sesame Street was the best thing that ever happened to her in her life. Watch her chase Elmo around in the banned-from-Sesame-Street-video. Meditate on opposites.

Pisces (Feb. 20-March 20): Experiment with space like this: leave a crowded room full of noise and go walk around the block with someone you trust. See what you find. When you get back, the noise won’t matter.


Aries (March 21-April 18): In the debut issue of Apiary (a journal of Philadelphia poets), Laura Spagnoli wrote a gorgeous and funny poem about the PECO building, which includes the following: “We are 40 foot LED words/digital dolls, rainbow colorized/We are local time and temperature.”


Taurus (April 19-May 18): They used to only make tinsel for Christmas, but now there’s everything: heart tinsel, bat tinsel, Easter egg tinsel, etc. Build yourself a fortress of it.


Gemini (May 19-June 21): The world is your apple orchard. there’s no need to pay for the hayride, we can walk to the trees. Fill up your bushels and carry them, have sweetness ‘til January.


Cancer (June 22-July 23): A few years ago I was babysitting my nephew Kieran. Even though it was a FREEZING April morning at the edge of Lake Ontario, we went to the playground. His little nose got very runny and I didn’t have a tissue, so I pulled my sweatshirt sleeve over my hand and told him to blow, then folded over the operative cuff. I wish I were always that loving.


Leo (July 24-Aug. 23): In Jonathan Franzen’s book Freedom, there’s only one character who is not a jerk. She loves unconditionally and un-martyr-like. (SPOILER ALERT) She gets a songbird preserve named after her. That’s you.


Virgo (Aug. 24-Sept. 23): You were last seen lighting a match—was it to burn bridges or sit vigils? Either way, keep walking.

by Jane Cassady
Posted by Maleka at 9:00 AM