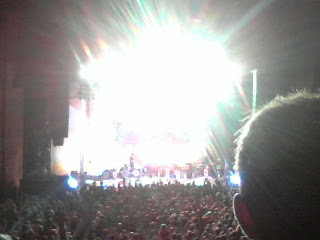 
Leo (July 24-Aug. 23): This is your time to rest. Turn the volume down on your chattering spouse. Put aside all talk of revenue and email lists. Listen to the soft hum of fans, the murmur of televised baseball.

Virgo (Aug. 24-Sept. 23): You don’t have to be inspired every single minute. Relax. Reread old novels. Get caught up on your history. Take a nap in the blank spaces, you’ll be busy soon enough.

Libra (Sept. 24-Oct. 21): When I told one of my most favorite Libras that I was sad not to be at the National Poetry Slam this week, he told me he’d call my voice mail with disappointing poems so I’d feel less left out. It did make me feel better, but I still wish I was at Nationals.

Scorpio (Oct. 22-Nov. 22): The Arcade Fire song “Keep the Car Running” is a wonderfully paranoid song about always being vigilant, but as I continue my decades-long struggle to learn the clutch, the song sounds to me like a struggle-and-determination anthem/pep talk. “It’s coming but when/is it coming/ keep the car running.”

Sagittarius (Nov. 23-Dec. 22): The House on the Rock, outside Madison, WI not only contains the most berserk collection of calliopes, musical machines, models ships, crazy-looking Santa Clauses and so much more, it is also a labyrinth you can’t easily leave if you get claustrophobic. Stay calm and avoid the Doll Carousel. Just trust me.

Capricorn (Dec. 23-Jan. 20): You’ve been collecting sea monsters, and why shouldn’t you? I thought of you last month when I was photographed next to a giant squid. As we learned in the movie Inception, the unconscious is hard to control, least of all yours.

Aquarius (Jan. 21-Feb. 19): The other night while I was blissfully whoh-oh-ohing with thousands of fans at the Arcade Fire concert, I though of my Aquarius friend who’s visiting Istanbul right now, trying to get tickets to watch the Sufis dance, about how empathic experience helps keep life from becoming claustrophobic, just like having a well-travelled friend does.

Pisces (Feb. 20-March 20): In Nick Hornby’s book How to Be Good, the protagonist has the following epiphany: “The plain state of being human is dramatic enough for anyone; you don’t need to be a heroin addict or a performance poet to experience extremity. You just have to love someone.”

Aries (March 21-April 18): Last summer I worked at a summer camp. Every morning we had a singing and dancing time called Harambee (Swahili for “all together) during which no one was allowed to be shy. I thought this was unfair to introverts so I tried to add a meditation, quite unsuccessfully. But this week, be like those sing-alongs—belt it out, dance your heart out, never mind who might be laughing.

Taurus (April 19-May 18): It’s August, but on Mad Men, it’s Christmas. Mix yourself a holiday martini, pass an orange from chin to chin, engage in some secretarial role play. Walk around with you archetypal armload of gifts. Spare no expense.

Gemini (May 19-June 21): “Children wake up, hold your mistake up, before they turn the summer into dust.” says Arcade Fire. Mistakes can either disappear in the rearview or crack you open. Let’s confess and move onto the next thing, shall we?

Cancer (June 22-July 23): The beginning of this summer broiled my garden. The only flourishing things were the tenting spiders who seemed to be eating all the flowers. When the weather broke, though, everything started blooming again—now there are lobelias, red butterfly flowers, zinnias, and two Carefree Delight roses I can smell from inside.

-by Jane Cassady
Posted by Maleka at 9:30 AM